The studio theme for March 2020 is "Puttin on the Ritz."  You come dressed to the 9's in a contemporary or vintage outfit.  Top hats, tails, walking sticks, headwear, feathers......there's no shortage of ideas!  Search the Net for the theme title for a lot of examples.
Posted by IndyModels at 10:49 AM No comments:

We've had some great winter temps so far for shooting outdoors.  Are you ready to get started with your modeling career?  Visit our website & submit your info today!

Posted by IndyModels at 12:53 PM No comments:

We're often asked how to spot scams.  Well.....there are a lot of them these days!  The Internet has made it far too easy.

We do have a  few hints:

The best advice is to not show up at these places with your eyes wide open and just looking to be scammed.  If you do a decent job of evaluating what's being put in front of you, the scams are actually easy to spot.  Don't let the glitter fool you....keep your feet on the ground.
Posted by IndyModels at 3:24 PM No comments:

Avoid the scams that tell you they are going to make you a model in Los Angeles, New York, etc.  It's just a scam to get you to pay them a lot of money.  Same with the scam "agencies" who post, almost every day, that they have someone working "on set" with some local company whose name was chosen for the scam because they know they won't get caught using it.  And then there's the national scams with an office in Indy.  Only a fool would get caught in that scam.  Don't be a fool.

Just as it was 25 years ago, there are 2 legitimate agencies in Indianapolis.  Stick with what's real and avoid the clever scams that just want your money (and a lot of it.)
Posted by IndyModels at 2:31 PM No comments:

To be seen, you MUST send us email (visit the Contact page on our website) and let us know the name & age of the talent we will be interviewing. No one will be admitted who is not on our list. The doors will be locked at 5 minutes after the posted start-times and no one arriving late will be admitted. You should also not arrive more than 15 minutes early. Dress to impress. Absolutely no phone calls.

You will receive an email confirmation when you email us the name/age of the talent who will be coming to see us. Expect the process to last no more than 45 minutes. We will be seeing all ages, sizes, genders, etc. 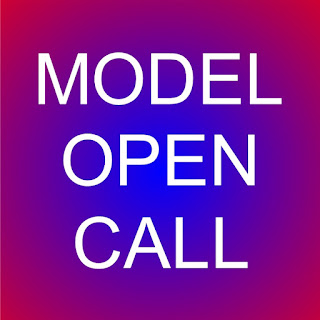 If you have been wanting to get involved with modeling and/or acting, but didn't know where to start, this is a chance to be seen and start your journey!
Posted by IndyModels at 5:24 PM No comments:

Our monthly theme shoots are a great way to stay active & keep your look updated.  If you haven't already, sign up for one today!
Posted by IndyModels at 12:19 PM No comments:

Indy is seeing some hot weather but our shoot schedule continues as planned!  If you have been thinking about getting involved with an agency, now is the time to visit our Join Us page!
Posted by IndyModels at 7:02 PM No comments:

IndyModels
Indianapolis, Indiana, United States
Since 1994, we have been Indiana's Source for Models & Talent. Men, women, kids (age 4+) Have you wondered if you could be a model in Indiana? There's an easy way to find out! Submit your info today on our website's Join Us page!